This morning I commented on Beth Holmes post, which itself was a response to Dan Callahan’s comment on another post she wrote abour educational malpractice in our schools today. 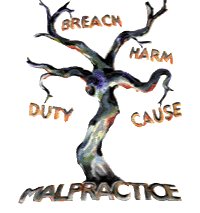 Here’s the post I am referring to:Well, is this Educational Malpractice? in The 21st Century Centurion. So much to think about in this post! Here’s my start…and I’m not done thinking on it, but wanted to get this part of the conversation underway, so here it is:

A) If there is malpractice we need to define who is mal-practicing. I see a lot of talk about how teachers are not doing their duties when it comes to teaching thinking skills. If there is malpractice it is systemic. The teachers are only one element of what happens in the classroom. Though the strongest, they are not usually consulted when it comes to what we should teach children. Teachers deal with day-to-day live classroom activities while administrators, school board personnel, commissioners, and government ministers debate what policies and expectations need to be addressed at the school and class level. If there is malpractice it is systemic.

B) This is a values-charged arguement. In the 70s and still today, proponents of whole language learning believed that students needed to ‘discover’ language in authentic language-based situations, eschewing the explicit instruction of how language works. Many, if not most, students need to learn these skills explicitly. Personally I think it is malpractice to assume otherwise, but that is my value judgment.

C) Sophisticated thinking skills can be taught without the aid of computer technology. My most fruitful lesson so far this year has been sitting on the floor with groups of kids and construction paper creating mind maps of our learning system. Added bonus – construction paper doesn’t lose connection to a server :)

I’m now off to commit some malpractice in my classroom that has 1 working computer running a windows 2000 OS and a display that makes us think we have double vision…
:)