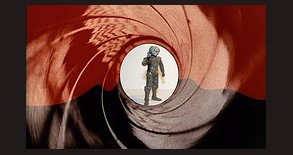 Image: aafad 38/365 the name is lom… by lamont_cranston made available by a creative commons license on flickr.

I just read an article by accident, on addressing the issue of racism in school, because I was looking for a different article in the March 2003 issue of Phi Delta Kappan. That one wasn’t available but this one, Ending the Silence by Donna M. Marriott, is. The title intrigued me, and this bit yelled out to me:

…classroom teachers are the only real agents of school reform. It is teachers who translate policy into action; who integrate the complex components of standards, curriculum, pedagogy, and assessment into comprehensible and pragmatic instruction; and who balance an ever-changing array of political, economic, social, and educational factors while trying to meet the individual needs of children.

That first line in particular screams truth. In order for us to create vibrant, learning-rich, successful classroom communities we need to start with teachers. Too often teachers are handed new sets of guidelines called reform that they are expected to carry out. Very often they fall flat. They have no meaning for anyone beyond the policy-makers who crafted them.

If teachers were involved in a process to improve their classrooms for the success of those in it – in a process that reached out to their values as teachers and as people, then there will be true reform.

I worked at Weston for 5 years – almost 4 as their high school resource coordinator and teacher, and about 1.5 as a substitute teacher when I was back in school myself. It was a special place where everyone strived for excellence in one form or another. Its closing is a great loss.

At the closing ceremonies, last Thursday evening, a student, who entered the school in Grade 7 as a shy girl who was virtually disabled by her dyslexia, won one of the school’s top awards. She is entering CEGEP in the fall in Child Care Studies. I shed quite a few tears at that closing ceremony….

What good is education for girls?

Image: cute_faces by oceandesetoiles made available by a creative commons license on flickr

What Good is Education For Girls?
by Habiba Bouhamed Chaabouni

Educating girls and women can bring enormous social, economic
and political benefits to developing countries. Dr. Habiba Bouhammed
Chabouni, a Tunisian doctor, researcher and For Women In Science
Laureate, takes on the traditional attitudes that discourage ”too
much” education for women.

Over the past couple of weeks I have been hearing and reading about stories to do with facebook in (and out of) schools.

At schools in Quebec and Ontario, students are being suspended for things that they are posting about their teachers and principals on facebook. These are the same kinds of things that students talk about to each other all the time – but when they put it in writing, in a public forum, it becomes a whole different story.

The thing is, kids don’t realize how public the internet is. Anyone can read what you write in a group on facebook, and when what you write is damaging to the school community I think the school has a responsibility to address it.

However, I don’t think that the issue is being addressed in the right manner. At a school in Ontario, students were suspended from a class trip because of comments they made on facebook while they were at home. According to one of the fathers, the parents and students were informed of this decision without any discussion. (Father: school too harsh on son for online remarks, ctv.ca)

Schools and families need to work together. Arbitrarily punishing someone doesn’t make sense – and doesn’t work. We need to be teaching kids about the realities of online social networks like facebook, and we need to be helping parents to do the same.