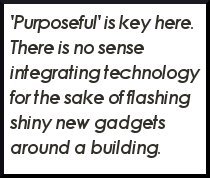 Yesterday was (unofficially) my first day as a local RÉCIT consultant for general adult education.

(and now in English) What does this mean? “a network of resource people for the development of student competencies through the integration of technologies.” (definitions found here)

(and now, what does that really mean?) My role is as a helping professional, and it is two-fold:

Purposeful is key here. There is no sense integrating technology for the sake of flashing shiny new gadgets around a building. Those of you who have read some of what I have been writing for the past 6 years or so know that, though I use a lot of technology in my own teaching and reflective practice,

One of the reasons I went in before my official first day of work (Monday) was that Avi Spector, the (yes, the. If I understood correctly, the English system has 1 regional RÉCIT consultant, the French system has 17 for the same region…) regional RÉCIT consultant for Adult Education was visiting and I had a wonderful 1/2 hour (ok, maybe it lasted closer to an hour?) scheduled to talk with him. My biggest takeaways from meeting with him were that

I had a lot of fun meeting the people I will be working with for the next 4 months. I spent yesterday at one of the centres, I will visit the other centre on Wednesday. So far everyone I have met seems to love what they do, so that is already a bonus! How lucky am I that I get to work with a group of people who love what they do? Talk about inspiring.

Looking Back: I still don’t believe in learning styles…

This article was originally posted on July 20, 2010. I’ve recently been in conversation with a number of people about learning styles so thought it was timely to look back at this one. 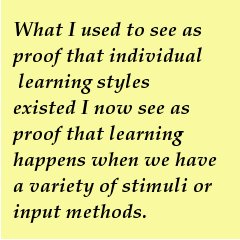 So now it’s a few years later and my coursework for this week falls under the theme of, you guessed it, learning styles. And guess what? My thoughts have changed on the subject. I realize that I have stopped testing for learning styles in my classroom. What I used to see as proof that the individual learning styles existed I now see as proof that learning happens when we have a variety of stimuli or input methods. I focus more on making sure there is a diversity of input – that the material I am presenting (if it is me presenting it) is being presented in a variety of manners. Rather than thinking of each students as having a dominant learning style, I think of how multiple forms of input help to solidify learning in everyone.

And then I did some research and found a number of documents on how learning styles can not be measured, that there is no proof of their existence. Of course, we do always find what we are looking for, don’t we? Regardless, the more I think of this, the more it makes sense.

Yes, it is possible to supply input (material, lessons, ideas, whatever) in different modalities – visually, kinesthetically, aurally, reflexively, actively, tactiley (according to dictionary.com that is a word, I’m not convinced), [add your -ly here] – and I would argue that this is a good thing BUT that the decision to do so is about good teaching and not about accessing the preferred learning styles of students.

It’s good teaching when we

Here are some of those documents I wrote about earlier, in no particular order:

Learning Styles: A Teacher Misunderstands A Paper, and A Psychological Scientist Explains by Liz Ditz

Different Strokes for Different Folks? A Critique of Learning Styles (1999) By Steven A. Stahl (free pdf)

The ‘no’ part of the equation –> I believe that the conditions for authentic learning are similar across age levels, interests, abilities, cultures.

Making a connection, creating a relationship with your learners is the first step to authentic learning. full stop.

It’s for this reason that I’ve decided to explore adult learning at AdultEd.TracyRosen.com 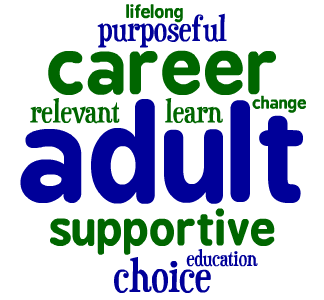 Come join me, won’t you?

Theories of Social and Behaviour Change – Passing on resources

I just received these resources from Rosemary, a professor of mine from when I studied Human Systems Intervention at Concordia University in Montreal (a program definitely worth checking out!) and thought what better way to a) save them and b) share them, than to do so by posting them here. So here they are with a thanks to Rosemary :)

1. Bandura’s Theory of Social Learning, which states that people learn
through observation, imitation, and modeling. Self-efficacy influences
behaviour in that people are more likely to engage in certain behaviours
when they believe they are capable of successfully modeling the behaviour.

* For an example of a programme drawing upon Bandura’s theory, see:
Neighbors Radio Drama

2. Lewin’s Theory of Change, which “adds the role of emotion, dialogue and
debate to an understanding of how behaviour change takes place: behaviour
(often resistant to change) is lifted up for scrutiny (sometimes through
an ’emotional stir-up’) and reconfigured through a process of discursive
elaboration (dialogue and debate) of new and preferable alternatives.”

3. Paulo Freire’s concept of critical consciousness, which emphasises
awareness-raising and the exposure of social, economic, and political
contradictions, together with taking action (individually and/or
collectively) against “the oppressive elements of society”. The notion of
learning-through-action-and-reflection underlies Soul City’s
community-based work. “As in the case of individual behaviour, collective
efficacy is important in that communities are more likely to take action
if they believe their action will make a difference.”

* For more on Freire’s theory, see:
Pedagogy of the Oppressed by Paulo Freire – An Analysis

* For an example of an initiative drawing on Freire’s theory, see:
Applying Freirian Model for Development and Evaluation of Community-based
Rehabilitation Programmes

4. Social Identity Theory, which presents an explanatory account of the
importance of social norms in determining behaviour. “Social
identification with a reference group is a key component of identity.”
“Social identity” refers to the individual’s knowledge that he or she
belongs to certain social groups and that this group membership has
emotional significance and value. “Positive social identity keeps groups
together and at the same time regulates individual behaviour.”

5. Cialdini’s Focus Theory of Normative Conduct, which elaborates on the
role of norms in determining behaviour. The theory distinguishes between
descriptive and injunctive norms. “How a person responds to a descriptive
or injunctive norm when they contradict each other is determined by which
kind of norm is salient (or in focus) at the time. The saliency of the
norm is influenced by situational factors such as: the social group around
the person; the importance of the action; and the circumstances which
accompany the situation.”

* See, for example, this summary of an article by Robert B. Cialdini on
The Soul Beat Africa site: New Ways to Promote Proenvironmental Behavior:
The Application of Persuasion Theory to the Development Of Effective
Proenvironmental Public Service Announcements

6. Information-Motivation-Behaviour-Skills model, which is a
learning-based model that acknowledges the role of social norms and peer
modeling, and highlights knowledge, attitudes, generic self efficacy, and
instrumental behavioural skills in bringing about behaviour change.

* Please see this summary of a thesis that explores this and other
theories might be of interest:
Evaluating Mass Media Health Communication: The Use of Evaluation Data to
Improve Theory

7. Theory of Interpersonal Behaviour, which states that the 3 most
important factors determining the probability of behaviour are habit,
intention, and facilitating conditions. The theory further explains the
role of beliefs, anticipated outcomes, norms, roles, self-concept,
emotions, and attitudes in determining behaviour.

* A thesis which is focused on this theory includes: Triandis’ Theory of
Interpersonal Behaviour in Understanding Software Piracy Behaviour in the
South African Context, by Julie Robinson, August 10 2010

* For more on this model, see the following summary:
Do High- and Low-active Adolescents Have Different Prototypes of
Physically Active Peers?

9. A Complexity Thinking Approach, whereby behaviour is seen as the
product of interactions between components of a whole system. The concept
is that these interactions create effects (often unforeseen) which the
components could not have generated singly (i.e. the whole is more than
the sum of its parts). “Informed by an understanding of Complexity Theory,
Soul City’s interventions aim to facilitate a process whereby options and
solutions peculiar to a particular context can emerge. Thus through
advocacy, social mobilization and media, Soul City facilitates the
capacity to learn and models the direction of change whilst addressing
many of the barriers to change.”